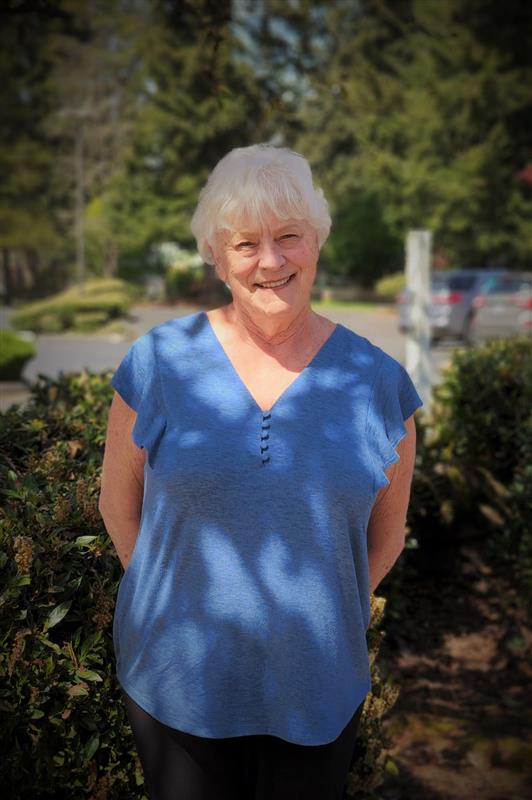 Joanie Pennington has been a VCS Board member since June 2017. She offers a wealth of professional experience and knowledge with particular expertise within the insurance, bookkeeping, and banking industries. As the Vice President of the Board, Joanie is valued for her dedication, volunteerism, and engagement with VCS’s many activities and events.

Joanie was first introduced to VCS in 2015 when her sister, Carol, began utilizing the organization’s Residential Supported Living services. As her sister’s guardian, finding the right fit was paramount. “I remember moving [my sister] in as her new life began,” adds Joanie. “I wanted the absolute best care for her, and it was obvious that VCS has fulfilled that.” Joanie joined the VCS Board in 2017 in an effort to be an advocate for her sister and the other residents and staff.

Joanie has always felt that community service was important and has previously served as a Hospice volunteer; has served as Treasurer for her church as well as sitting on its Board of Education; and she has been a volunteer for ALS.

It is Joanie’s hope to see VCS continue to grow and be successful, continuing to better serve its clients and bring awareness to the public of its wonderful services. It is her short-term goal to see VCS employ more people and to keep Voices of the Village going.

In her free-time, Joanie enjoys traveling, gardening, and reading. She has an older brother and sister, three adult children, two sons-in-law, one daughter-in-law, eight grandchildren, and many relatives. She believes that family is everything and everything else is just everything else. “In my book, that says it all, and this includes the residents of VCS because they are like family to me.”

Generally an optimist, Joanie’s favorite quote reads, “replace anxiety with anticipation.” Her positive outlook on life and life’s challenges offers great insight and leadership to VCS and its Board.